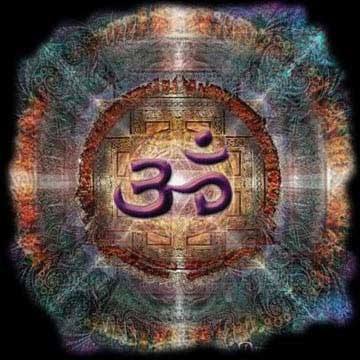 Omkara, the symbol used for the basic mantra of Hindu-dharma

Dharma is a word derived form the Sanskrit which has different meanings. It is a word which, stemming from the Hindu culture, in its unicity has been adopted as an original term in the English language. Etymologically it may be derived from the root dhr, which means maintain, engage, practice or support, plus the extension of man which refers to thinking, believing, and imagining. In general terms the word thus implies the practice of belief or the action supportive of thought. The practical use of the term betrays the following definitions:

- It often simply refers to the religion, especially one's behaving according the rules of the religions, of one's offering, of one's selfless engagement for the good cause, the scriptures and the religious ceremony. In this context one also speaks of Yajña, sacrifice, as a primal name of God.
- Dharma also simply means righteousness the way we know it as virtuous citizens.
- Dharma also entails the essential nature of something or someone. The dharma of sugar consists of being sweet. The dharma of timekeeping is to direct oneself to the sundial and the lunar phases in sat-kâla.
- Dharma in relation to one's self-realization of emancipating entails that one retrieves one's original relation of devotional service in relation to God. In this life one picks up again the thread of devotion where one in one's previous life left it behind. In that context one also speaks of sva-dharma (linked to the identity of one's status-orientation) and of sva-rûpa, the authentic nature of one's service, literally of one's own form.